5 Tips for finding the Best Local Half Marathons

No matter where you live there’s most likely a bunch of different local half marathons you could sign up for with 30 minutes of your house. How do you go about figuring out which are the “Best Local Half Marathons” to sign up for? We’ve put together a few pointers that will hopefully give you some more resources for picking the best race or races.

There are so many great race calendars to choose from, but be careful you might actually end up signing up for 10 half marathons instead of 1 once you start poking around. A few of my favorite national calendars are HalfMarathons.net, Running in the USA, and LetsDoThis.com. Local running stores and clubs tend to have great regional calendars as well.

Running Store’s Have Information on Local Half Marathons

As a race director, I can tell you one of the first places I always reach out to is the local running stores. They usually have flyers or information on just about every Half Marathon or other races in general that are happening in the area. Another bonus is most of the staff at running stores are runners, so if you are looking for a local race somebody there has probably run it already and can give you feedback and advice.

Running stores are usually hubs for the local running scene, so even if you can’t get the advice on the race you are looking for they can help point you in the right directors, or even a new pair of shoes.  They probably even have a weekly group run where you can meet other runners.

Check Out Social Media for Local Half Marathons

Let’s face it social media has become a huge part of our lives and every race most likely has at least a Facebook page, probably a few more. Social media has also become the number one marketing tool for almost every Half Marathon out there.

In addition to searching for local races by name or location, hashtags work great as well, especially on Instagram. Usually, the hashtag #run plus whatever city or state you are in will have a bunch of pictures.  So let’s say if you are in Baltimore you could search the hashtag #runbalitmore. Once you do this scroll through and see if you find any race pics or maybe people are posting pictures about training for a local race.

Another great resource on Social Media is Facebook Groups. Lots of races, running clubs, running stores you name it have Facebook Groups that are where other runners can easily give you their input and advice.

Join a Group Run or a Local Running Club

Join a local running club or just meeting up for a weekly group run is a great way to meet other runners but it’s also a great way to find out about races. Not only can you get opinions from the other runners about which races are there favorites you might meet some people to train with. I personally love it when I see the run clubs/groups at my races. A lot of times they also set up teams so you can get a discount on registration too if you join with the team.

Reviews for the Best Local Half Marathons

There are a few race review sites live BibRave and Race Raves that have excellent reviews from real runners. Facebook can be another great resource for checking out reviews of races on their race page. One thing about reviews they are just personal opinion so trust your gut and use them for guidance. Usually, if a race gets enough reviews one direction or the other it can be a great barometer/

Anytime you get out there and complete 13.1 miles it’s a huge accomplishment and you should be proud. I hope you found a few pointers that you can use when you are looking for your next local half marathon or really any race. Stay healthy, have fun, and #keeprunning. 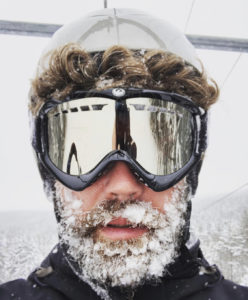 Founder/Owner/ doer of everything prior to race day for the Canaan Valley Half Marathon. What is a Virtual Race?

Treat Yourself to a Runcation